Description
Replica Island is an open source Android game which is a side-scrolling platformer for Android devices. It stars the Android robot as its protagonist as he embarks on a dangerous mission to find a mysterious power source. This is a complete game: all art, dialog, level layouts, and other data are included along with the code.

Downloads
Scan this QR Code to download it from Android Market: 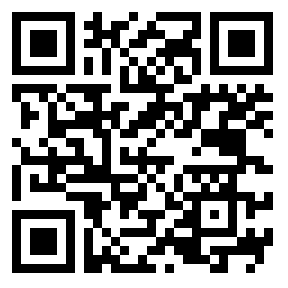 Android 2.2 Froyo has been released by Google during the Google I/O 2010 at May 19-20, now the iPhone 3G can run the Linux kernel and Google’s Android 2.2 Froyo. Below is the video from Youtube, developer can find instructions on how to install Android 2.2 on iPhone 3G by yourself.

This is the full length Android Demo video(Youtube) from keynote day 2 at Google I/O, a cute android video where you can learn all of the details about Android 2.2 with funny from Vic Gundotra, Google vice president of developer platforms.

According offical android developers blog, the following five areas about android 2.2 are highlighted in particular:

Performance & speed: The new Dalvik JIT compiler in Android 2.2 delivers between a 2-5X performance improvement in CPU-bound code vs. Android 2.1 according to various benchmarks.

Faster, more powerful browser: We have brought the V8 JavaScript engine to the Android browser as part of 2.2. This has resulted in a 2-3X improvement in JavaScript performance vs. 2.1.

Rich set of new APIs and services: New data backup APIs enable apps to participate in data backup and restore, allowing an application’s last data to be restored when installed on a new or a reset device. Apps can utilize Android Cloud to Device Messaging to enable mobile alert, send to phone, and two-way push sync functionality. Developers can now declare whether their app should be installed on internal memory or an SD card. They can also let the system automatically determine the install location. On the native side, a new API now gives access to Skia bitmaps.

Additions to Android Market: Android Market provides Android Application Error Reports, a new bug reporting feature, giving developers access to crash and freeze reports from users. Developers will be able to access these reports via their account on the Android Market publisher website.